Did Jesus Allow for Divorce and Remarriage? 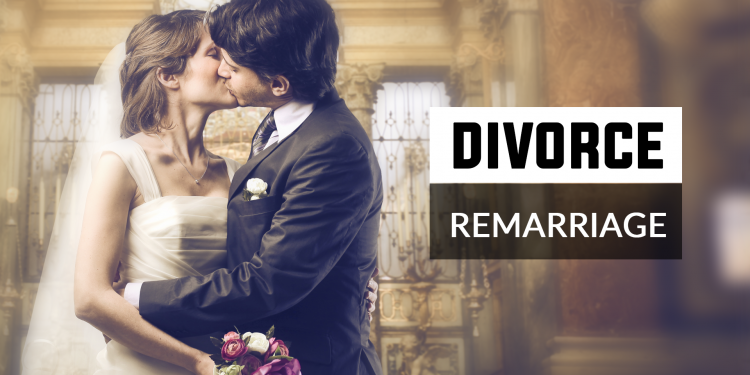 In Matt. 19:3-9, some claim Jesus permits marriage, divorce, and remarriage in the case of infidelity:

And Pharisees came up to him and tested him by asking, “Is it lawful to divorce one’s wife for any cause?” 4 He answered, “Have you not read that he who made them from the beginning made them male and female, 5 and said, ‘For this reason a man shall leave his father and mother and be joined to his wife, and the two shall become one’? 6 So they are no longer two but one. What therefore God has joined together, let not man put asunder.” 7 They said to him, “Why then did Moses command one to give a certificate of divorce, and to put her away?” 8 He said to them, “For your hardness of heart Moses allowed you to divorce your wives, but from the beginning it was not so. 9 And I say to you: whoever divorces his wife, except for unchastity, and marries another, commits adultery; and he who marries a divorced woman, commits adultery.”

The above-highlighted phrase, “except for unchastity,” translates the Greek word porneia as “unchastity.” It is often translated “fornication.” But no matter which way it is translated, this is the text I used to refer to when I was Protestant that proved—in my mind anyway—that divorce and remarriage was permitted by Jesus in the case of “unchastity” or “fornication.”

The Catholic Church does not agree. Nor does Sacred Scripture as we will see. The Catholic Church teaches that a sacramental marriage that has been consummated cannot be dissolved by anything or anyone, except death. Below are five reasons why this is so:

And Pharisees came up and in order to test him asked, “Is it lawful for a man to divorce his wife?” 3 He answered them, “What did Moses command you?” 4 They said, “Moses allowed a man to write a certificate of divorce, and to put her away.” 5 But Jesus said to them, “For your hardness of heart he wrote you this commandment. 6 But from the beginning of creation, ‘God made them male and female.’ 7 ‘For this reason a man shall leave his father and mother and be joined to his wife, 8 and the two shall become one.’ So they are no longer two but one. 9 What therefore God has joined together, let not man put asunder.”10 And in the house the disciples asked him again about this matter. 11 And he said to them, “Whoever divorces his wife and marries another, commits adultery against her; 12 and if she divorces her husband and marries another, she commits adultery.”

We note here the plain teaching of our Lord in both cases. In Luke’s gospel there are no “exceptions” when it comes to divorce and remarriage. It is cut and dry. And in Mark’s gospel, we have added to the above plain words from St. Luke, “What… God has joined together, let not man put asunder.” By these words, according to the teaching of the Catholic Church, Jesus elevated marriage to the level of a sacrament making marriage both intrinsically (or “inherently”) and extrinsically indissoluble (Pope Pius XI, Casti Connubii, 32-37).

Thus, however we interpret Matt. 19:3-9, we cannot interpret it in such a way that would permit divorce and licit remarriage. Otherwise, we would have St. Matthew contradicting St. Mark and St. Luke.

2. St. Paul clearly understood our Lord to make no exceptions to the prohibition against divorce and remarriage in three texts:

Notice, there is no exception here. A spouse is bound to his or her mate “until death do us part,” as we say. In Romans 7, he makes it even clearer:

These two texts make clear that there are no exceptions. A husband/wife is bound to his/her wife/husband until death. In this next text, St. Paul refers back to the teaching of Jesus (the Gospels) when he further states:

Notice here, St. Paul appears to be giving us his interpretation of what Jesus said in the Gospels. This is very significant because Protestants, Catholics and Orthodox Christians all agree that St. Paul’s interpretation of Jesus’ words would be infallible. And notice, St. Paul tells us that Jesus excluded remarriage as a possibility even if there is a separation between spouses (legitimate divorces of necessity, for example, if there is abuse, would be included here). The separated must either be reconciled to his or her spouse or remain single. Airtight.

For the husband is the head of the wife as Christ is the head of the church, his body, and is himself its Savior. As the church is subject to Christ, so let wives also be subject in everything to their husbands. Husbands, love your wives, as Christ loved the church and gave himself up for her, that he might sanctify her, having cleansed her by the washing of water with the word… Even so husbands should love their wives as their own bodies… “For this reason a man shall leave his father and mother and be joined to his wife, and the two shall become one flesh.” This is a great mystery, and I mean in reference to Christ and the church.

Christians are virtually unanimous that Christ’s bond with his bride is indissoluble. It would be unthinkable to claim that bond could be broken. Well, in light of St. Paul’s above teaching, the breaking of the sacramental bond of union between a man and wife, married in Christ and consummated, would be just as unthinkable.

The mindset of divorce was so entrenched in Jewish culture that the apostles could not even imagine a marriage where there is “no way out,” so to speak. But Jesus didn’t flinch. And of course not. He knew full and well what the apostles could not then see—but would see later: Jesus would provide not just the truth concerning the indissolubility of the sacrament, but he would provide the power of God’s grace so that the sacrament could be lived (cf. John 1:16-17).

Moreover, there is a word for adultery, moiketai, in the New Testament and it always refers to marital infidelity. If St. Matthew wanted to say, “except for adultery,” he could have used “moikeia” (noun) or “moikeuo” (verb). But he used a term, porneia, that not only never means “adultery” in the New Testament, but a form of this word (same root) is also used, for example, in I Cor. 6:9 to denote something distinct from adultery:

And when you consider that St. Matthew uses “moiketai” (adultery) in the same verse, to refer to the one who attempts to marry someone who is divorced, it becomes crystal clear. When Matt. 19:9 says, “And I say to you: whoever divorces his wife, except for unchastity (fornication), and marries another, commits adultery; and he who marries a divorced woman, commits adultery,” the porneia clause refers to the separate case of a moral defect where a marriage was attempted, but sometime after the attempted union some grave moral defect was discovered that would render the marriage null and void. And notice, this clause is only found in Matthew’s Gospel. We know St. Matthew was writing to a Jewish Christian community that would have already been well aware of the concept that we today refer to as “annulment” in Catholic theology. Leviticus 18 gives us a litany of examples of the defects, or sins (porneiai), that would render an attempted marriage null and void in the Old Covenant.

At any rate, however one approaches the “porneia clause” of Matt. 19:9 (and also found in Matt. 5:32), the truth of the matter is this: Jesus Christ raised the Sacrament of Holy Matrimony to the level of a sacrament so that a valid, sacramental and consummated marriage cannot be dissolved except by the death of one or both of the spouses.

The Strange Eschatology of William Miller and ...