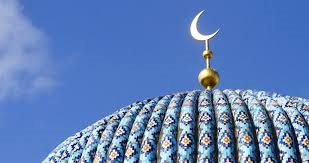 Muslim scholars teach the “doctrine of tahrif,” which means “corruption” in Arabic. Christians and Jews, they claim, have “corrupted” the Torah and the Gospel (Injil in Arabic). However, I cannot emphasize enough the importance of the fact that Mohammed himself did not teach this. As we will see in a moment from the Koran itself, Mohammed commanded his followers to follow the Torah and the Gospel and to seek those out among the Jews and Christians who were in possession of these gifts from God before Islam came to be. Mohammed claimed the Jews and Christians did not understand the great tomes they possessed, but he never denied that they possessed those great tomes; he never denied that Jews and Christians possess true revelations from God. Mohammed claimed that the Torah and the Gospel actually point to him (Mohammed) as the true and final prophet of God, but that Christians and Jews do not understand this. But again, according to Mohammed, there are no real contradictions between the Torah, the Psalms, the “Injil,” and the Koran.

In fact, as we will see below, in one place, the Koran seems to say the entirety of the Bible actually points to him. Thus, Muslims should believe the entire Bible!

So where did the doctrine of “Tahrif” come from? This concept represents a later development in Muslim theology Muslim scholars developed in order to explain the obvious contradictions between the Koran and the Bible. But the problem with this is, not only did Mohammed never teach “tahrif,” as I said, we can know as a matter of historical fact that the idea itself is false anyway! For example, when Mohammed commands his followers to listen to and obey the “Injil,” or “Gospel,” that the Christians possessed, we know precisely what constituted that “Gospel” about which Mohammed spoke. Today, we have the Chester Beatty Papyri, dated from ca. AD 250 (some scholars today say it was written even earlier), over 300 years before Mohammed was born, and which contains the substance of the four Gospels as we have them today! Plus, we have the Codex Vaticanus, AD 325-350, which contains the entire New Testament, and 5,300 more manuscripts, written in many different languages (Latin, Greek, Aramaic, etc.) that all demonstrate the “Gospel” of Mohammed’s day is essentially the same Gospel we have today.

The Koran and the Bible

With the above in mind, I recommend the “Detective Columbo” approach when conversing with Muslims. In other words, I ask questions:

Maybe I’m mistaken, so perhaps you can help me, but I don’t understand why on the one hand the Koran states we should follow the Torah, the Psalms, the Gospel, the Bible, and the witness of Jesus while elsewhere it denies some of the most basic teachings Jews and Christians hold dear from these very sacred books. The Koran states these are “revelations from God,” and yet denies essential teachings from these same revelations. Let me give you some examples of what I mean:

Then I list these texts from the Koran for starters:

The Apostles We sent before you were but men whom We inspired with revelations and with scriptures. Ask the People of the Book, if you doubt this (Sura 16:43).

The “People of the Book” are the Jews and Christians.

After them, We sent forth Jesus, the son of Mary, confirming the Torah already revealed, and gave him the Gospel, in which there is guidance and light, corroborating what was revealed before it in the Torah, a guide and an admonition to the righteous. Therefore let those who follow the Gospel judge according to what God has revealed therein. Evil-doers are those that do not base their judgments on God’s revelations (Sura 5:46-47).

According to Mohammed, Jesus was a prophet and his words—the Gospel—should be believed and obeyed!

Here’s where the problems really start. The question I ask my Muslim friends is this:

The Koran teaches we should believe and follow the revelations of both the Torah and the Gospel, but it seems to me, with all due respect—maybe I’m wrong here—but it seems to me, Mohammed did not know or understand the clear teachings of these that he acknowledged to be “revelations” from God.

At this point I give these examples that are not intended to be exhaustive. These are just a few among the many we could cite:

1. Sura 2:75 tells us that the Torah is “the Word of God.”
2. Sura 10:62-64: “The servants of God have nothing to fear or to regret. Those that have faith and keep from evil shall rejoice both in this world and in the hereafter; the Word of God shall never change. That is the supreme triumph.”
3. Sura 6:34 tells us “none can alter the words of Allah,” yet, the “Doctrine of Tahrif” says, in essence, “the Word of God” was corrupted by Jews and Christians. This simply does not work here. Moreover, Muslims teach a “doctrine of Naskh” as well. “Naskh” is Arabic for “abrogation.” It states later “revelations” in the Koran can “abrogate” earlier ones. But if the “word of God” cannot change, how can there be “abrogation?”

4. The original “Gospel” of Jesus Christ, or Injil, is a revelation from God according to Sura 5:46, 66, 68, and 70.
5. Jesus was a prophet and his words should be believed by Muslims (Sura 4:171; 5:77). Thus, Christians and Muslims were obligated to accept the “Gospel” of Mohammed’s day, according to the Koran. In fact, Sura 10:94 even says, “If thou [Mohammed] wert in doubt as to what We have revealed Unto thee, then ask those Who have been reading The Book [the Bible] from before thee; The truth hath indeed come To thee from thy Lord; So be in no wise Of those who doubt.”

That was allegedly God speaking to Mohammed and telling him to go to the Bible in order to confirm the revelations he was receiving!

The problem for Muslims is this: If you obey what God said, according to the Koran, to Mohammed, you will end up Christian. And this is why:

In fact, in Mark 14:62, the High Priest had placed Jesus Christ under oath exercising his “power of adjuration” from Leviticus 5:1 (see Matt. 26:63), and demanded to know specifically if Jesus was claiming to be the Son of God. Jesus’ response was telling. He declared:

“I am; and you will see the Son of man sitting at the right hand of Power, and coming with the clouds of heaven.” And the high priest tore his clothes, and said, “Why do we still need witnesses? You have heard his blasphemy…”

Not only did Jesus declare himself to be the Son of God and reference Daniel 7:13, a messianic text, and apply it to himself, but he also used the divine name, I AM, from Exodus 3:14, for himself as well! In one fell swoop, he refers to himself as God, the Son of God, and the Messiah. The Koran denies he is the Son of God, God manifest in the flesh.

Jesus did not die, nor was he crucified, according to Sura 4:157-59. Someone else was crucified in his place, and Christians wrongly believe he was crucified. God actually took Jesus up alive.

The Bible (and history) says:

Moreover, we have multiple secular histories that record the same. Josephus’, “Aniquities of the Jews” 18:3, says: “Pilate, at the suggestion of the principal men among us, had condemned him to the cross.”

Tacitus, the Roman Historian, “Annals,” 15:44. “A wise man who was called Jesus… Pilate condemned him to be condemned and to die.”

Julius Africanus, in ca. 220 AD, records the words of Thallus, the first century historian, who, “… when discussing the darkness which fell upon the land during the crucifixion of Christ…” said it was an eclipse.

“The Letter of Mara Bar-Serapion” (ca. 70 AD), housed in the British Museum, speaks of Christ’s death, asking: “What advantage did the Jews gain from executing their wise King?”

Even the often anti-Christian Jewish Talmud acknowledges “on the eve of the Passover they hanged Yeshu (of Nazareth)…” (Babylonian Talmud, Sandhedrin 43a)

We cannot even begin to quote the thousands of references from the early Christians referring to our crucified and resurrected Lord!

The Bible could hardly be clearer that Jesus is God. Here are just a few references:

In Rev. 1:8, we have these words from almighty God: “I am Alpha and Omega, the beginning and the end, saith the Lord God, who is, and who was, and who is to come, the Almighty.” There can be no doubt that these words hearken back to Is. 44:6:

Thus saith the Lord the king of Israel, and his redeemer the Lord of Hosts: I am the first and I am the last, and besides me there is no God” (see also Is. 48:16).

This has to refer to almighty God. And yet, Jesus says in Rev. 22:13: “I am Alpha and Omega, the first and the last, the beginning and the end.”

And there is much, much more!

In view of just these three examples, I have to ask my Muslim friends a question. Why would I accept the Koran which tells me to listen to the Torah, the Gospel, and even the entire Bible, when the Koran so blatantly contradicts the Bible?

And if I consider this especially in view of the fact that Jesus had already warned us “there shall arise false Christ’s and false prophets… Behold I have told you beforehand” in Matt. 24:24-25, and I could also add I John 4:1, which similarly warns, “Dearly beloved, believe not every spirit, but try the spirits if they be of God because many false prophets are gone out into the world,” and then we have texts like I Tim. 4:1-3, Gal. 1:8-9, and II Cor. 11:3-4, and 13-14, that also give similar warnings, why would ignore all of these warnings and accept the Koran which is inundated with false prophecies?

I could go on to show you how Jewish belief is misunderstood in the Koran. I could show you the logical inconsistencies in the Koran itself. In fact, If you want to learn this and a whole lot more of why Mohammed is a false prophet, and why the Koran is laden with error, I suggest you get my CD set called “Islam Exposed,” available here.

But the bottom line here is this: Anyone who would honestly examine the facts concerning the Koran and the Bible must conclude Jesus Christ to be the Lord, God of heaven and earth, who calls us all to himself, and the Koran to be in grave error. What say you?

The Truth About Islam and Jihad (Pt. ...

Come With Me On a Catholic Answers ...