Forgiveness II – A Response to Objections 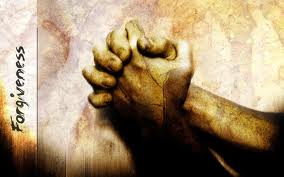 In an earlier blog post, I posited the idea that a Christian is not required to forgive someone of an offense who shows no sign of being sorry for that offence. Jesus himself said it like this in Luke 17:3-4:

Scripture also reveals to us our calling to “be kind to one another, tenderhearted, forgiving one another, as God in Christ forgave [us]” (Eph. 4:32; cf. CCC 2842). So it seems God should be our model of forgiveness, and yet we see God does not simply forgive everyone. Those who do not confess their sins will not be forgiven of their sins (I John 1:8-9). In fact, Jesus says those who “speak against the Holy Spirit will not be forgiven, either in this age or in the age to come” (Matt. 12:32). The Catholic Church understands this to mean those who continue to reject the forgiveness that God offers to all through the prompting of the Holy Spirit will not be forgiven (see CCC 1864). No Christian, it seems to me, is required to do more than God does.

To say I’ve had some folks disagree with me on this point is an understatement. I have not been called a heretic this many times since my journey to the Catholic Church!

Some of the Responses I’ve Received

1. “You are encouraging a spirit of unforgiveness that is dangerous to souls.”

Or, I’ll go a step further. One who refuses to offer forgiveness in a spirit of charity would also be sinning. If, for example, he were to hold resentment in his heart toward his offender that would keep him from forgiving that offender if he should express sorrow that would be sinful. God offers forgiveness to all, including his enemies, and so must we. But the actual forgiveness does not take place until there is sorrow on the part of the offender. That’s the point.

2. “The Catechism of the Catholic Church teaches ‘Christian prayer extends to the forgiveness of enemies’ (CCC 2844). That means it doesn’t matter if the ‘enemy’ is sorry or not. We must forgive regardless.”

It really depends upon how one defines “forgiveness” here. CCC 2842 had already used God as our model for forgiveness citing Ephesians 4:32 that we cited above, “’… forgiving one another, as God in Christ forgave’ us.’” Thus, the Catechism seems to make clear that forgiveness is a two-way street because, as we’ve said, God does not forgive us until we express sorrow for our sins.

3. “Forgiveness is a matter of the heart first and foremost. In the Our Father we say, ‘Forgive us our trespasses as we forgive those who have trespassed against us.’ This does not say anything about waiting for the other person to be sorry. In fact, in the parable of the merciless servant, Our Lord declared, ‘So also my heavenly Father will do to every one of you, if you do not forgive your brother from your heart’ (Matt. 18:23-35). ‘In your heart’ means in spite of the disposition of the other, right?”

I would agree that forgiveness must be “from the heart.” It cannot be a mere show. In that sense it must flow out of a heart filled with the love of Christ. But the context of Matt. 18 seems to make clear that forgiveness is, indeed, a two-way street. Notice, in the parable, “… his fellow servant fell down and pleaded with him” before the unmerciful servant refused to forgive him (29-30).

4. “Jesus said, ‘And whenever you stand praying, forgive, if you have anything against anyone; so that your Father also who is in heaven may forgive you your trespasses.’ Jesus here says you forgive even if the other person who nowhere around for you to even know if they are sorry or not.”

This is a very good point. And I can truly understand how a simple reading of this text would lead someone to conclude forgiving is a one-way street. But I would argue that in order for someone to “have [something] against anyone” that he must forgive, he would have to be guilty of refusing forgiveness to someone who is contrite like the unmerciful servant that we saw in Matthew 18. In that sense, you would not have to be in the presence of the other in order to forgive them. You forgive them “from the heart” and then later let that person know that you have forgiven them.

It is important for us to make the distinction at this point between the Christian calling to “love” and the calling to “forgive.” The two are closely related, but they are not the same. In Matthew 5:44-45, Jesus said:

But I say to you, Love your enemies and pray for those who persecute you, so that you may be sons of your heavenly Father who is in heaven.

God loves everyone—and offers forgiveness to everyone out of his unconditional love—but he only forgives those who express some sense of contrition. The same, it seems, must be said for Christians. And this is not optional. We are commanded to love and offer forgiveness to all, but we can only actually forgive those who are sorry. At least, that is my reading of Scripture on this.

5. Didn’t Jesus forgive everyone from the cross, including those who tortured and would eventually kill him when he said, “Father, forgive them; for they know not what they do” (Luke 23:34)?

He actually didn’t. He petitioned the Father to forgive “those who tortured and would eventually kill him.” Notice, he did not say, “I forgive them;” he said, “Father, forgive them.” There is a significant difference.

Some may say that the Father could never deny a petition from his own Son so this text implies the people of whom Christ refers would have, necessarily, been forgiven.

Not necessarily. We know the Father will not forgive them unless they confess their sins (or, have at least an implicit desire to do so) as we saw in I John 1:9. And because Jesus was petitioning for their forgiveness, their ignorance must not have been completely invincible. They had at least some culpability here that would require contrition and forgiveness; otherwise, Christ would not have made the petition to begin with.

The context of Jesus’ petition really brings its meaning into focus. He prayed “Father, forgive them…” in the context of his sacrifice on the cross—the ultimate prayer. Christ’s sacrifice on the cross was offered for every person who has or will ever be born to be in order that they may be forgiven and saved from damnation. But that does not mean every person will be saved. It means Jesus prays that everyone will be.

We have to consider here the antecedent and consequent nature of the will of God. Both the human and divine wills of Christ will all to be forgiven and that is precisely what Jesus was expressing in his prayer to the Father to forgive those who tortured and crucified him. But it is also the consequent will of Christ for those who reject his antecedent will to die in their sins and spend eternity in Hell. In other words, God wills for us to have free will, which enables us to either accept or reject his will for us to be saved.

6. “You fail to distinguish between ‘forgiveness’ and ‘reconciliation.’ Christians must forgive everyone regardless, but that does not mean reconciliation will have occurred.”

Considering the objections to my earlier post, when it boils down to it, I think the main difference I have with those who say we must “forgive” even those who are not sorry for their offense is essentially rooted in semantics. I would argue the above objector who would say he “forgives” those who are not sorry while only being “reconciled” with the one who expresses sorrow, is, in actuality, offering forgiveness out of the unconditional love to which all Christians are called, but that the actual forgiveness does not take place until there is contrition on the part of the offender.
In short, what my objector calls “forgiveness” and “reconciliation,” I call “the offer of forgiveness,” and “actual forgiveness.”

When Jesus said we are to love everyone, including our enemies, I believe this is truly a one-way street. We are commanded to love as God loves… unconditionally. That means loving even those who persecute and hate us–even where there is not even an attempt at forgiveness and reconciliation from the other side. What does “loving our enemies” really mean?

Loving as Christ loves means letting go of resentment, truly willing the good for the other, as well as praying for him. This kind of love is not within our power, but it is also not an option for us; It is a commandment. But this is not forgiveness. Now, to the one who believes we forgive as on a “one-way street,” I’ve just described what they would call “forgiveness.” I call it loving as Christ loves.

The Protestant Bible Verse That Isn’t