Is a Fetus a Person From the Moment of Conception? 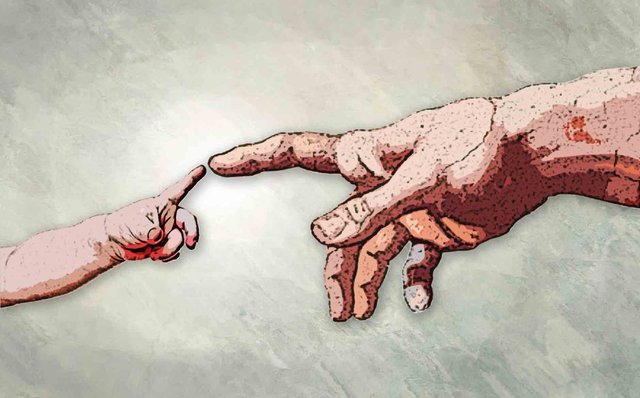 It is hard to believe it has been 42 years (coming up on 43 years in just a month and a half) since the legalization of the murder in the womb popularly known as “abortion.” As we remember the legally drollish but culturally devastating decisions of the Supreme Court of “Roe” and “Doe” on Jan. 22, and as we approach yet another crucial election cycle in the life of our nation, hopefully, all of us will become reinvigorated in the on-going battle to save the lives of our weakest and most vulnerable brothers and sisters in what was once the sanctuary of a mother’s womb. Now, it has become a more dangerous place to be than Iraq or Afghanistan.

One way we can become more effective as we present our case for life, I believe, is to be unified in our message. “And if the bugle gives an indistinct sound, who will get ready for battle” (I Cor. 14:8)?

Some will say I am being persnickety when I say this, but I cringe every time I hear a well-meaning Catholic say, “We really don’t know when ‘ensoulment’ takes place after the fertilization of the human ovum.” I even heard one well-known Catholic defender of life argue that killing a newly fertilized ovum that has not received “his” (yes, he used “his”) soul yet would be even more serious than killing a post-“ensouled” human because the pre-“ensouled” little human would have been robbed of the possibility of eternal life because “he” wouldn’t have a soul yet.

I said it to myself then, and I’ll say it now. Huh?

The real point of emphasis here is for us to remember that this kind of confusion can be used by the forces promoting death to continue the confusion. “See? Even Catholics do not know when a fetus is truly a person.”

Even though this is an obvious red herring argument, I believe that the antidote is a clear presentation of the truth as presented by none other than Horton the elephant. “A person is a person, no matter how small.” Yes, from the moment of conception.

Does anybody agree with me that it is time to put these lame “ensoulment” arguments to rest? Forever?

Now, I should say here that it is true, the Church has not yet infallibly spoken on the matter of “ensoulment” at the moment of fertilization. But that does not mean Catholics are free to speculate either. The Church does teach, at the very least at the level of the Ordinary Magisterium, that “ensoulment” occurs at the moment of conception. There is no human being without a human soul. And there is no human soul joined to a body that is not a human person.

The CCC gives an excellent and succinct synopsis of what we mean by the human soul in CCC 362-368. But here I am going to give an even more fundamental and philosophical definition. In general, whether it applies to humans or any living thing, philosophers define the soul as “the unifying and vivifying principle in all living things.” St. Thomas Aquinas tells us that animals and plants have souls as well. The soul is that unifying and vivifying principle that accounts for what philosphers call the “immanent action” of all living things. The word “immanent” comes from two Latin words that mean “to remain” and “in.” “Immanent action” means the multiple parts that comprise a living being are able to act “from within” in a unified way for the good of the whole being. The soul is what accounts for this unified action that is essential for there to be life.

Thus, as the instruction from the Sacred Congregation of the Doctrine of the Faith, Donum Vitae (I., 1), which I will quote in a moment, makes very clear, at the moment of conception, or the moment of a human being’s existence at conception, he possesses and is a body/soul composite and should, therefore, be treated as a human person. Of course this is true because without a soul you don’t have a human being. And, according to the infallible teaching of the Council of Vienne of 1312 (Decrees, 1), it is the soul that is the “form of the body,” or that which makes the body a living human body and along with the body makes the person a living human person. From the moment of conception, then, there exists a human person with all of the essential rights—especially the right to life, I might add—that are afforded to all human persons. In fact, Pope John Paul II, in his Encyclical Letter, Evangelium Vitae (para. 60), says very clearly:

Some people try to justify abortion by claiming that the result of conception, at least up to a certain number of days, cannot yet be considered a personal human life. But in fact, “from the time that the ovum is fertilized, a life is begun which is neither that of the father nor the mother; it is rather the life of a new human being with his own growth. It would never be made human if it were not human already. This has always been clear, and … modern genetic science offers clear confirmation…”

More recently, in what is considered to be a follow-up to the Instruction of the Sacred Congregation for the Doctrine of the Faith, Donum vitae – promulgated of Feb. 22, 1987 – we have Dignitas Personae – On Certain Bioethical Questions – promulgated Sept. 8, 2008. In this document the Church made an even clearer statement with regard to the personhood of an embryo from the moment of conception. It begins by quoting Donum vitae, using it as its foundational principle and then it makes the conclusion that from the moment of conception the embryo possesses “the dignity of a person.” That means it’s a person folks! This is not just to say the embryo should be treated like a person, or even that the embryo is merely a human being; rather, it is a person. I will begin in section 4:

It is important to recall the fundamental ethical criterion expressed in the Instruction Donum vitae in order to evaluate all moral questions which relate to procedures involving the human embryo: “[quoting Donum vitae I, 1] Thus the fruit of human generation, from the first moment of its existence, that is to say, from the moment the zygote has formed, demands the unconditional respect that is morally due to the human being in his bodily and spiritual totality. The human being is to be respected and treated as a person from the moment of conception; and therefore from the same moment his rights as a person must be recognized, among which in the first place is the inviolable right of every innocent human being to life.” 5. This ethical principle, which reason is capable of recognizing as true and in conformity with the natural law, should be the basis for all legislation in this area. In fact, it presupposes a truth of an ontological character-, as Donum vitae demonstrated from solid scientific evidence, regarding the continuity in development of a human being. If Donum vitae… did not define the embryo as a person, it nonetheless did indicate that there is an intrinsic connection between the ontological dimension and the specific value of every human life. Although the presence of the spiritual soul cannot be observed experimentally, the conclusions of science regarding the human embryo give [quoting Donum vitae I, 1 again] “a valuable indication for discerning by the use of reason a personal presence at the moment of the first appearance of human life: how could a human individual not be a human person?” (Now the document makes a new and more definite conclusion, when it says) Indeed, the reality of the human being for the entire span of life, both before and after birth, does not allow us to posit either a change in nature or a gradation in moral value, since it possesses full anthropological and ethical status. The human embryo has, therefore, from the very beginning, the dignity proper to a person.

This is crucial for all mankind to understand, not just those of us in the battle for life. The very principle that makes us alive at conception, the human soul, is what makes us a unified and vivified life-form. And it is what makes us, along with the body it vivifies, a human person. At the end of life, this unifying and vivifying principle is separated from the body of any living thing resulting in death. But among living creatures, only man possesses a “rational” or “spiritual” soul that is by that very fact, naturally immortal, as I pointed out in a previous post.

What Do We Conclude?

The reason why it drives me crazy when I hear well-meaning and Catholic pro-lifers say one could “kill” a “pre-ensouled human,” depriving “him” of the possibility of eternal life, is that scenario is impossible from a Catholic perspective. If there is a truly “human” life to be “killed,” there is a hylomorphic, or “body/soul” composite, human person that will be killed.

1. There can be no “pre-ensouled” human being. You don’t have a human body, a human being, or a human person without a soul. If he’s alive and human, “he” is a human being and a human person. As Pope St. John Paul II said, “It would never be made human if it were not human already. This has always been clear, and … modern genetic science offers clear confirmation…” (EV, 60)

2. From the moment there is human life, then, at the moment of conception, there is a human soul, a human being, and a human person.

3. Though the Church has not stated infallibly the newly fertilzed ovum “is a human person,” the Church has stated it must be “respected and treated as a person,” it “demands the unconditional respect that is morally due to the human being in his bodily and spiritual totality,” and it possesses “the dignity of a person.”

In the final analysis, I guess Horton really does have it right: “A person is a person, no matter how small.”

Do the Infancy Narratives Contradict Each Other?