Is the New Testament Church Hierarchical? 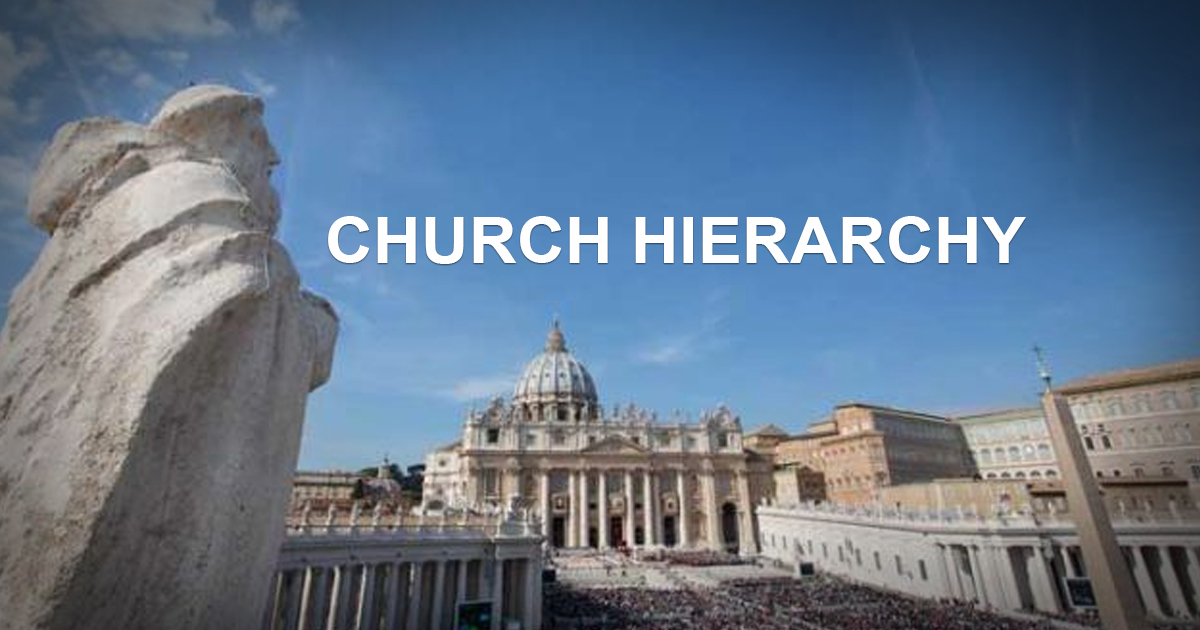 A few years ago, I was helping a member of the Church of Christ clear up misconceptions he had about the Catholic Faith when he invited me to come to dinner at the home of one of his ministers. My wife and I were happy to come and chat.

It was quite an evening!

Among the many topics we covered that night was one particular teaching that seemed to be of particular importance to our potential convert. The Church of Christ minister worded his question something like this: “Matthew 20:20-28 condemns the human tradition of hierarchy. There is no hierarchy in the Church according to Jesus. Jesus is the hierarchy!”

As a rule of thumb, I always like to begin by taking a look at the proper context of any biblical text in question. And so we read the text together:

Then the mother of the sons of Zebedee came up to [Jesus], with her sons, and kneeling before him she asked him for something. . . . “Command that these two sons of mine may sit, one at your right hand and one at your left, in your kingdom.” But Jesus answered, . . . “You know that the rulers of the Gentiles lord it over them, and their great men exercise authority over them. It shall not be so among you; but whoever would be great among you must be your servant . . . even as the Son of man came not to be served but to serve.”

Pastor Joseph (we’ll call him) seemed absolutely certain that this text not only did not promote hierarchy, but in fact condemned any notion of it in the New Testament Church. Nothing could be further from the truth. In a nutshell, my response was, “This text doesn’t condemn hierarchy at all. In context, it simply teaches about the hierarchy that St. Paul says ‘are over [us] in the Lord and admonish [us]’ (1 Thess. 5:12, Heb. 13:17). These who would be ‘over us’ ought to govern in the image of Christ, who washed the feet of the apostles.”

I proceeded to show Joseph how, in fact, in St. Luke’s version of this same text we discover:

As my Father appointed a kingdom for me, so do I appoint a kingdom for you that you may eat and drink at my table in my kingdom, and sit on thrones judging the twelve tribes of Israel (Luke 22:29-30).

Jesus is “the King of kings and Lord of lords” in a kingdom (Rev. 19:16). And he clearly established a hierarchy in the kingdom. Ephesians 4:11 is equally clear: “And [Christ’s] gifts were that some should be called apostles, some prophets, some evangelists, some pastors and teachers.”

Christ the King of King and Lord of Lords

It seems Pastor Joe was thinking humble service and binding authority are necessarily mutually exclusive. They are not.

I asked him to consider the fact that Christ “came to serve” and is the paradigm for what true service means; yet, this in no way denies he is also “the king of kings and Lord of lords” (Rev. 19:16), whose words bind the faithful under the pain of sin. And thus it follows that Christ’s command to Peter and the apostles to be “servant” as he was (Luke 22:27, Matt. 20:20-28) does not mean that they were not also “elders who rule” (1 Tim. 5:17) in the household of faith as well. “Whatever [they] bind on earth shall be bound in heaven, and whatever [they] loose on earth shall be loosed in heaven.”

It’s simple when we think it through. Every kingdom has a hierarchy, and there’s no mistaking the principles of this hierarchy in the New Testament.

Oh, and as for my potential convert: he is now a Catholic in good standing.