Is The RAPTURE In The Bible? 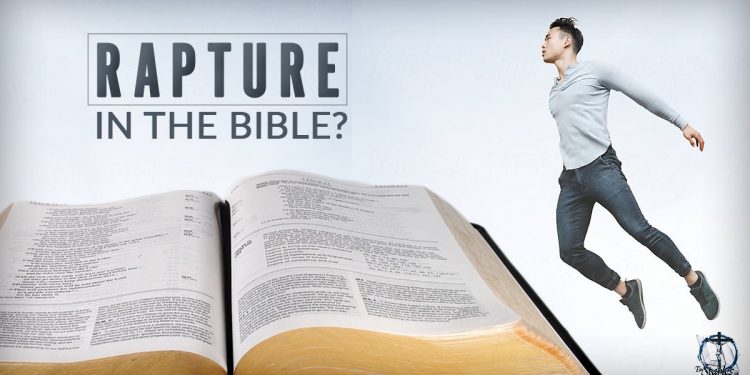 Is the Rapture in the Bible?

Being raised an Evangelical, and later serving as a Youth Minister in an Assembly of God community, I imbibed a steady diet of “Rapture” theology in my Protestant years. In recent decades, and with the advent of such popular books as The Late Great Planet Earth and There’s a New World Coming, by Hal Lindsey, and the quite popular “Left Behind” series of books by Tim LaHaye and Jerry Jenkins, many more Catholics have become somewhat familiar with this rather novel theory. For 2,000 years Christians have awaited the Second Coming of Christ that all have known will come at the end of time—at the consummation of all things. However, this theory that popped on the scene in the latter half of the 19th century teaches there will be a, sort of, secret “coming of the Lord” that is not really a “coming of the Lord at all.” It will be a “snatching away” of Christians just before the Second Coming, roughly seven years before (there are varying theories with varying time referents, but generally speaking…).

I never go very long without an inquire or two concerning this novel theory and it is usually comes from incredulous Catholics in the form of, “Where in the world did that come from?” It is such an alien concept to them. And it is not only the actual “Rapture” that teaches Christians will be snatched away (thus, raptured), but the multiple accompanying beliefs that surround the Rapture that are also perplexing (and unbiblical, I should note!). “The Rapture” is certainly the most popular among them. The entire theological system is called, “Dispensationalism.” And a more detailed exposition on it can be found here, here, and here. But for now, we are going to stick to a critique of the actual “Rapture” theory itself.

The theory is elaborate. But in essence, it espouses a secret snatching away of all true believers in the very near future, leaving all poor unbelievers behind (thus, the “Left Behind” series mentioned above) and causing chaos throughout the world. I can remember being taught as a youngster of the enormous numbers not just of cars but of planes, cranes, and every other kind of heavy machinery, ships, etc. that will crash or careen out of control. This will be followed by a seven-year tribulation period in which billions will die in a horrible persecution and war spearheaded by the Antichrist. Then there will be a judgment, then a thousand-year reign of Jesus Christ on Earth, followed by yet another and final judgment. Whew! Again, see the above-linked articles for more details on all of this.

But please note that all of this comes from folks who believe in the perspicuity of Scripture! These are all “plainly” revealed in Sacred Scripture, right?

Well, at any rate, the question is, where do these beliefs come from? Or, for our purpose now, where does this belief concerning “the Rapture” come from? We are going to focus on the three main proof texts most popular among Rapture theorists—verses that every Catholic should be familiar with and be able to exegete properly.

For this we declare to you by the word of the Lord, that we who are alive, who are left until the coming of the Lord, shall not precede those who have fallen asleep. For the Lord himself will descend from heaven with a cry of command, with the archangel’s call, and with the sound of the trumpet of God. And the dead in Christ will rise first; then we who are alive, who are left, shall be caught up together with them in the clouds to meet the Lord in the air; and so we shall always be with the Lord.

Right off the bat, I always ask the question: “Does this really sound like it is going to be a secret?” In defense of the Rapture theorists, I should note that in one sense they agree that this event won’t be secret, because the whole world will have to explain (or explain away) this massive disappearance of hundreds of millions. But it will be secret in the sense that Jesus himself will not reveal it to the world for what it is.

Nevertheless, I still can’t see how you get “secret” out of an event that is described as being accompanied by “a cry of command, with the archangel’s call, and with the sound of the trumpet of God.” The truth is, of course, there will be nothing “secret” about the Second Coming of Christ, and this is precisely what St. Paul is describing.

Notice there is no seven-year tribulation mentioned, no millennium. Just as we Catholics would expect, Paul describes this event as the end of all things. “So shall we always be with the Lord.” The end.

Lo! I tell you a mystery. We shall not all sleep, but we shall all be changed, in a moment, in the twinkling of an eye, at the last trumpet. For the trumpet will sound, and the dead will be raised imperishable, and we shall be changed. For this perishable nature must put on the imperishable, and this mortal nature must put on immortality. When the perishable puts on the imperishable, and the mortal puts on immortality, then shall come to pass the saying that is written: “Death is swallowed up in victory.” “O death, where is thy victory? O death, where is thy sting?”

I can’t tell you, when I was an Evangelical, how many sermons I heard (and preached myself!) on the Rapture that used this language of “in a moment, in the twinkling of an eye.”

Notice again the “trumpet of God”? This doesn’t sound like a “secret rapture,” either. And neither does it sound like some preliminary coming of the Lord. Just as with the prior passage, in this text Paul is describing the end of the world.

Notice in particular, “O death, where is thy victory? O death, where is thy sting?” In other words, at this point death shall be no more—and yet, according to Rapture theorists, death will be just beginning! They believe there will be millions if not billions killed during the tribulation and that death will continue even through the thousand-year reign of Christ on Earth. This contradicts the text, because the text actually describes the Second Coming of Christ at the end of time.

This is the text (along with the parallel texts in the other synoptic Gospels) where the famous Left Behind series of books by Tim Lahaye and Jerry Jenkins got their names. It is taken to mean that one day believers will be secretly “raptured” away and the rest will be “left behind.”

What’s the problem here, you ask?

First, if we read the three verses leading up to this text, we find this:

If you asked any dispensationalist the question, “Where are those who are ‘taken away’ going?” They would respond, immediately with one word: “Heaven!” But what did Jesus say to the apostles when they asked him where these were going to be taken?

Where the body is, there the eagles will be gathered together.

The word translated “eagles” is the Greek aetoi, also translated “vultures” and signifying birds who feed on carrion. That doesn’t sound like heaven, does it? And when you couple this text with the fact that Rapture theorists hold that true believers in Christ will be snatched up to heaven body and soul, Jesus definitely did not get the message here. I can remember discussions among Evangelicals and Pentecostals in my Protestant years about whether we would be “raptured” naked or if our clothes would come with us!

Jesus must not have read Tim Lahaye and Hal Lindsey! The ones “taken” are being slaughtered and their bodies left for the vultures.

Pope Francis and Tim Staples DO NOT ...

Can We Apply the Promise of Jesus ...