Should Bishops Be Married? 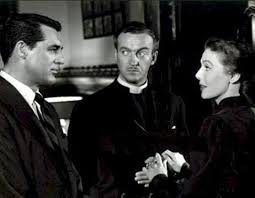 As both a guest and, at times, a host on Catholic Answers Live, I have spoken on many different topics over the years. Mostly, I do the “Open Forum Q&A” on Tuesdays, but my favorite hours have been our “Open Forum for Non-Catholics,” when we take calls only from non-Catholics or from people who are in the process of coming into full communion with the Church but who are not yet formally Catholic.

After a recent hour of “Open Forum for Non-Catholics,” I stayed late to take a call we couldn’t get to on the air for lack of time. In short order it became an adventure.

It was not just one caller but several who were sharing the phone, and it quickly became obvious they were calling on a lark. The laughing in the background was a dead giveaway! In a nutshell, they posed as Catholics but obviously weren’t, and they asked the question of how to deal with “crazy Fundamentalists” who “take God’s word literally and actually believe what St. Paul wrote in I Tim. 3:2″:

Now a bishop must be above reproach, the husband of one wife, temperate, sensible, dignified, hospitable, an apt teacher, no drunkard, not violent but gentle, not quarrelsome, and no lover of money.

“Notice,” they said, “it says a bishop must be the husband of one wife. And in verse 12, St. Paul will say the same about deacons. How does that square with the Catholic Church that says bishops can’t be married at all? I’m not saying I agree with it, but how do you answer these crazy people who actually believe the Bible?”

This conversation reminded me of my second formal debate I had as a Catholic in 1995 with an Evangelical pastor. He brought up this same text and made a similar argument. When it was my turn to respond, I said, “Man, I’ve got to give this guy credit for one thing. He’s tough! He wouldn’t allow either Jesus or St. Paul to be a bishop in his church! But I want you all to know that the Catholic Church welcomes Jesus not just as a bishop but as the bishop of ours, as I Peter 2:25 says:

For you were straying like sheep, but have now returned to the Shepherd and Guardian of your souls.

The word translated guardian here in the RSVCE is actually episkopon, or ‘bishop.’ And notice, Jesus is not just depicted as a bishop; rather, the bishop (Greek, ton episkopon) of your souls. Jesus is the bishop of the Catholic Church. And he was and is celibate.”

Neither my opponent in that debate almost two decades ago nor our friends who called into the broadcast two weeks ago really ever recovered from the obvious implications of that text. But there are a few more points we should consider when answering this point that I did not get to in either of those interactions.

1. Even the Evangelical scripture scholar Dr. Ralph Earle, in The Expositor’s Bible Commentary, says that St. Paul in 1 Timothy 3 is not requiring bishops to be married. In stating his reasons, he first offers the most ancient position—which we know as Catholics to be apostolic in origin and found in written form in the late second century—that would say this text is placing a limitation on the number of marriages a bishop could have in his lifetime. He could only have been married once. This is the position of the Catholic Church today. If a man has been married more than once, even if licitly, he cannot be admitted to the episcopacy.

2. Earle also notes, “[M]ost commentators agree that [the text] means monogamy—only one wife at one time.” While this interpretation of the text is unlikely for the five reasons we’ll mention below, it is significant to point out that both Catholic and “most [Protestant] commentators” generally agree St. Paul is not making marriage a requirement for the bishopric.

Five points concerning Dr. Earle’s claim that St. Paul “means monogamy,” or that St. Paul was merely condemning polygamy to bishops by saying a “bishop must be the husband of one wife:”

1. The lists of disqualifications to the ministry in both Timothy and Titus were not consisting of things that would exclude a person from being a Christian at all, like polygamy would. They were things that would ensure the candidate in question was living an exemplary Christian life. Illicit “marital” situations were condemned at the Council of Jerusalem in AD 49 and declared to be deal-breakers for one to be a Christian at all (see Acts 15:1-3; 24-28). Though polygamy is not mentioned there verbatim, it would certainly be condemned implicitly in the condemnation of illicit conjugal situations.

2. There was not a single place in the Greco-Roman world where polygamy was being practiced in the first century A.D. It is unlikely St. Paul would speak of something directly like this that was simply not a problem at the time.

3. In the case of St. Paul’s first letter to Timothy, he would go on to declare that a widow who was “enrolled,” or consecrated as a celibate, and then would marry again, to have sinned gravely:

Let a widow be enrolled if she is not less than sixty years of age, having been the wife of one husband. . . . But refuse to enroll younger widows; for when they grow wanton against Christ they desire to marry, and so they incur condemnation for having violated their first pledge (I Tim. 5:9-12).

What gives here? There is nothing wrong with a widow remarrying. That is licit and clearly so elsewhere in Scripture, specifically in St. Paul’s own writings (see Romans 7:2-3; I Cor. 7:27-28, 39-40). Yet, St. Paul declares the “enrolled” widow who re-marries to be condemned? That makes no sense, unless we understand this to be so because these “enrolled” widows were consecrated as celibates for service in the Church.

It is also interesting to note here that St. Paul uses the same language of limiting the widow to having been the wife “of one husband” that he used for bishops and elders.  Obviously this was not meant to say “one husband at a time.” Polyandry would not have even been a thought in St. Paul’s mind.

It is more than fitting that those consecrated as bishops, elders, and deacons would make a similar commitment.

5. I find it interesting that the Protestant New International Version of the Bible translates I Tim. 3:2, “Now the overseer must be above reproach, the husband of but one wife.” While I do not necessarily agree with translating the text with the “but” in there, because it is not in the original Greek text, there is no doubt where the Protestant translators of the NIV stand on the question. St. Paul is limiting the candidate for the bishopric to “but” one wife.

3. Going back to the Evangelical, “Bible Expositor’s Commentary,” this time commenting on Titus 1:6, which extends the same prohibition against multiple marriages to both elders and bishops, another Evangelical scholar, Dr. D. Edmond Hiebert, adds, “If Paul had meant that the elder must be married, the reading would have been ‘a’ not ‘one’ wife.” In other words, St. Paul would have said, “The bishop must be the husband of a wife.”

I would argue it would most likely simply say, “The bishop must be married.” But I agree with Dr. Hiebert that the term one indicates that he is limiting the number of marriages, not mandating them.

I have no doubt that those three or so callers who called in to Catholic Answers that day were sincere. Maybe not in their masquerading as Catholics, but I am sure they sincerely believed the Catholic position of having celibate bishops to be just plain wrong. However, hopefully now they will re-think who it is that really takes St. Paul at his word; that is, his word taken in its proper context.

The Second Funniest Video Ever