The Holy Spirit is God 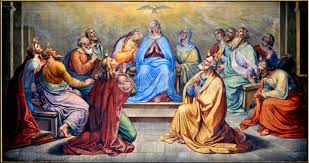 The third person of the Blessed Trinity, the Holy Spirit, is sometimes referred to as “the forgotten” member of the godhead. He is, no doubt, the least spoken of among the three persons of God, the Father, the Son and the Holy Spirit. It is; therefore, no surprise to find many Catholics ill-equipped to deal with some of the more notable errors concerning he who is “the Lord and giver of life.” Thus, studying the person and nature of the Holy Spirit, though sometimes neglected, is crucial for us as Catholic apologists and as Catholics in general.

The most common attacks on Catholic belief concerning the Holy Spirit generally come from quasi-Christian sects such as the Iglesia Ni Cristo, Jehovah’s Witnesses and others who deny the central mystery of the Christian faith—the Trinity. Both the personhood as well as the divinity of the Holy Spirit are rejected by these groups. The Holy Spirit is spoken of as a “force,” or as “power” emanating from God; rather than as God himself. For the Catholic, then, we must be able to respond to these two key misunderstandings concerning the Holy Spirit. 1. He is a person. 2. He is God.

A Personal Message from the Spirit of God

One of the first reasons given for denying the divine nature of the Holy Spirit is often to point out the fact that the Greek word for “spirit” (pneuma) is neuter. John 14:26, for example, refers to the Spirit as to pneuma to hagion (the Holy Spirit). This is, in fact, neuter. While the Father and the Son are clearly personal terms, and therefore, most will see them revealed to be persons, “spirit,” being neuter, it is claimed, indicates we are dealing with an impersonal force rather than a person.

While it is a fact that “spirit” in Greek is a neuter term, this does not necessarily mean the Holy Spirit is impersonal. Nouns in Greek are assigned gender as they are in many languages. In Latin and the modern romance languages this is the case as well. For example, the Latin word for lance is lancea which is feminine. This does not mean that lances or daggers are actually female and personal! The same can be said for Greek words such as kardia, which means, “heart.” The fact that this Greek word is feminine does not indicate hearts to be female and personal. Nor does the fact that a word like baros, Greek for arrow, which is neuter, indicate arrows to be impersonal forces. Words are simply assigned gender in these languages.

Further, if being referred to as “spirit” indicates the third person of the Blessed Trinity is impersonal, then both angels and God the Father would have to be “forces” rather than persons as well. In John 4:24, Jesus says “God is spirit (Gr. – pneuma) and those who worship him must worship in spirit and truth.” And in Hebrews 1:14 angels are referred to as “ministering spirits (Gr. – pneumata) sent forth to serve, for the sake of those who are to obtain salvation.” Thus, the key here is to examine the context and usage of a word in Scripture, rather than just its “gender,” in order to determine whether we are dealing with a person, a force, or perhaps just an arrow.

But the Counselor, the Holy Spirit, whom the Father will send in my name, he will teach you all things, and bring to your remembrance all that I have said to you.

There are three key points to be made here.

1. “The Counselor” is ho paracleto in Greek which is masculine, not neuter.

2. When the text says he will teach you all things the demonstrative pronoun (Gr. ekeinos) is used in the masculine singular. This is very significant because the inspired author could have used the neuter ekeino, but he did not. If the Holy Spirit were an impersonal force, the inspired author would not refer to “it” as a “he.”

3. Notice what the Holy Spirit does. Jesus says he will both teach and remind us “all that [he has] said to [us].” Action follows being. One cannot “teach” and “remind” if one does not have the intellectual powers unique to rational persons that enable one to do so! The Holy Spirit is here clearly revealed to be a person.

Indeed, the Holy Spirit is referred to in personal terms by our Lord throughout the New Testament. If we only consider John chapters 14, 15 and 16, the evidence is overwhelming. This is not to mention the abundance of examples we could cite throughout the Scriptures, both Old (in seed form) and New Testaments. Here are some more examples to add to John 14:26 already mentioned.

And I will pray the Father, and he will give you another Counselor, to be with you for ever, even the Spirit of truth, who the world cannot receive, because it neither sees him nor knows him; you know him, for he dwells with you, and will be in you (emphasis added).

But when the Counselor comes, whom I shall send to you from the Father, even the Spirit of Truth, who proceeds from the Father, he will bear witness to me; and you also are witnesses, because you have been with me from the beginning (emphasis added).

Nevertheless I tell you the truth: it is to your advantage that I go away, for if I do not go away, the Counselor will not come to you; but if I go, I will send him to you. And when he comes, he will convince the world of sin and of righteousness and of judgment: of sin, because they do not believe in me; of righteousness, because I go to the Father, and you will see me no more; of judgment, because the ruler of this world is judged. I have yet many things to say to you, but you cannot bear them now. When the Spirit of truth comes, he will guide into all the truth; for he will not speak on his own authority, but whatever he hears he will speak, and he will declare to you the things that are to come. He will glorify me, for he will take what is mine and declare it to you. All that the Father has is mine; therefore I said that he will take what is mine and declare it to you (emphasis added).

The Holy Spirit is clearly personal. He “convinces of sin,” “teaches” the truth, “speaks,” “declares things that are to come,” etc. There is no doubt as to the person of the Holy Spirit in these texts.

How to “Pour Out” a Person in One Easy Step

One last obstacle for some who deny the personhood of the Holy Spirit is found in Acts 2:14-18. In this text, St. Peter describes the power of God being manifested on the day of Pentecost quoting Joel 2:28:

But Peter, standing with the eleven, lifted up his voice and addressed them, “Men of Judea and all who dwell in Jerusalem, let this be known to you, and give ear to my words. For these men are not drunk, as you suppose, since it is only the third hour of the day; but this is what was spoken by the prophet Joel:

The question is often asked, “How can you pour out a person? Is this not proof the Holy Spirit is a force rather than a person?” The answer is a resounding “no!” Consider Psalm 22. This is a messianic Psalm referring to our Lord’s passion. But notice how it describes our Lord in verse 15: “I am poured out like water…” Would we say Jesus is just a force and not a person because he is “poured out” in this verse? Of course not! So it goes with the Holy Spirit. We do not deny the plain verses of Scripture indicating his person because he is described as being “poured out” in Acts 2:17.

The Holy Spirit is Omniscient

There is one key phrase from John 16, cited above, that we should examine more fully when considering the truth that the Holy Spirit is revealed to be not only a person, but divine—God himself. Verse 13 tells us that the Holy Spirit “will guide [us] into all truth.” We have a hint here of what we see even more plainly in texts like I Corinthians 2:11: the Scripture indicates the Holy Spirit is omniscient, a quality that God alone possesses or even has the capability to possess.

For what person knows a man’s thoughts except the spirit of the man which is in him? So also no one comprehends the thoughts of God except the Spirit of God.

O the depth of the riches and wisdom and knowledge of God! How unsearchable are his judgments and how inscrutable his ways! “For who has known the mind of the Lord, or who has been his counselor?”

The fact that the Holy Spirit of God fully comprehends the thoughts of God proves beyond a reasonable doubt that he is, in fact, God.

The Lord and Giver of Life

Among the manifold texts of Scripture revealing the Holy Spirit to be God, St. Thomas Aquinas comments on a key verse most pass over: I Cor. 6:19

Do you not know that your body is a temple of the Holy Spirit within you, which you have from God?

According to The Summa Theologiae, Part I, Q. 27, Art. 1, St. Thomas says it is the prerogative of God, and God alone, to have a temple; therefore the Holy Spirit is here revealed to be God, and our bodies are revealed to be his temple.

But a man named Anani’as with his wife Sapphi’ra sold a piece of property, and with his wife’s knowledge he kept back some of the proceeds, and brought only a part and laid it at the apostle’s feet. But Peter said, “Anani’as, why has Satan filled your heart to lie to the Holy Spirit and to keep back part of the proceeds of the land? … How is it that you have contrived this deed in your heart? You have not lied to men but to God.”

Perhaps the most plain and unmistakable texts demonstrating the divinity of the Holy Spirit are found in Hebrews. First, we’ll examine Hebrews 3:7-10:

Therefore, as the Holy Spirit says, “Today, when you hear his voice, do not harden your hearts as in the rebellion, on the day of testing in the wilderness, where your fathers put me to the test and saw my works for forty years. Therefore I was provoked with that generation, and said, “They always go astray in their hearts; they have not known my ways (emphasis added).”

Notice the Holy Spirit is once again revealed to be synonymous with God himself. In Hebrews 10:15-17, the reference is even clearer:

And the Holy Spirit also bears witness to us; for after saying, “This is the covenant that I will make with them after those days, says the Lord: I will put my laws on their hearts, and write them on their minds,” then he adds, “I will remember their sins and their misdeeds no more” (emphasis added).

The Holy Spirit is revealed here to be both a person and divine. He is depicted as “bear[ing] witness,” “establish[ing] a covenant”, is referred to as “the Lord”, “puts [his] laws on [our] hearts” and even forgives sins.

The Holy Spirit was right in saying to your fathers through Isaiah the prophet:

Let it be known to you then that this salvation of God has been sent to the Gentiles; they will listen.

Once again, “the Holy Spirit” and “God” are synonyms.

Every Catholic should know that when they recite the Nicene Creed every Sunday at Mass, they are clearly and concisely professing just what we see here in Scripture: The Holy Spirit truly is “the Lord and Giver of Life.”

Mormonism and the Question of Authority