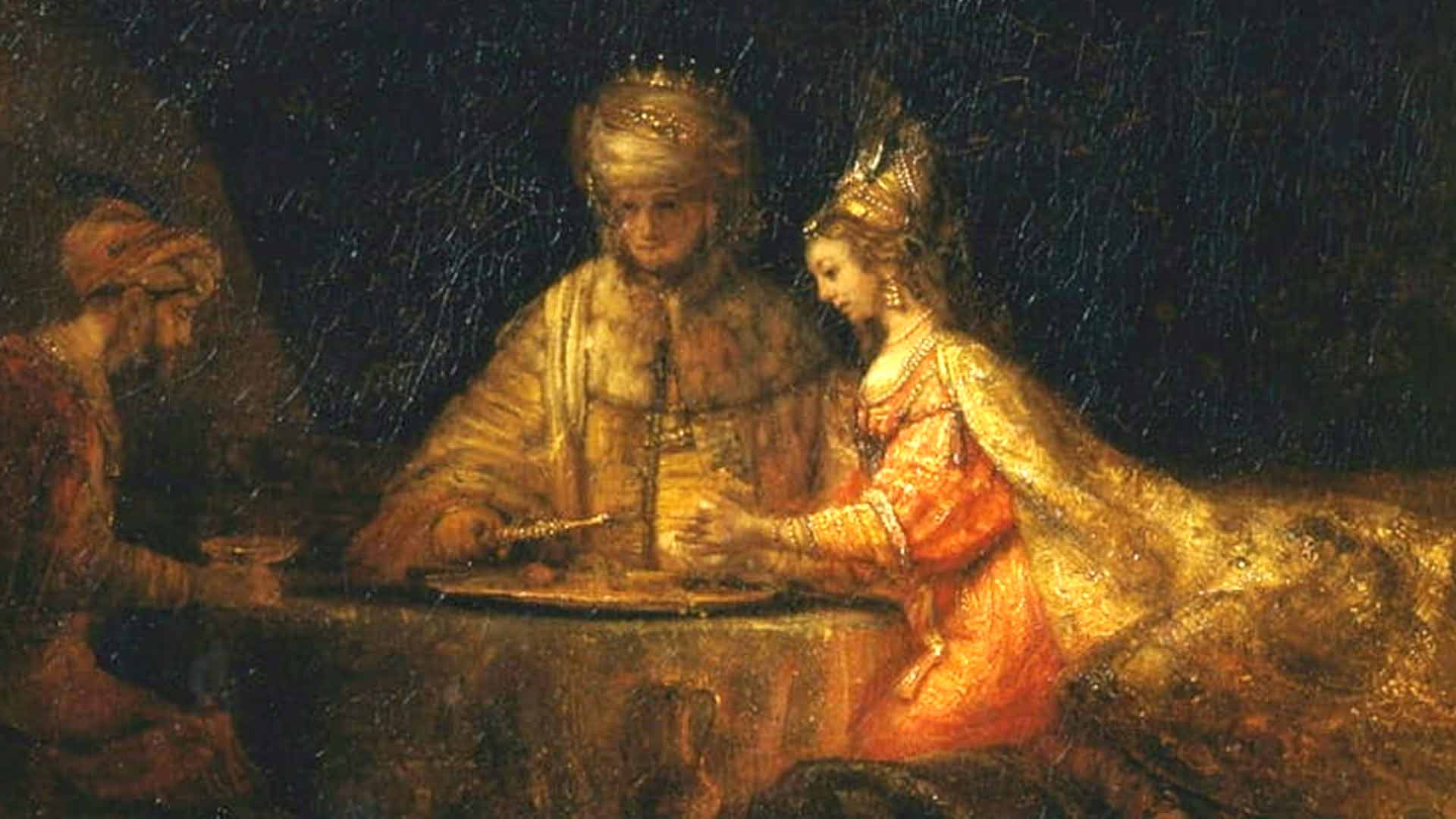 When we consider the Queenship of the Blessed Virgin Mary, it is always helpful to consider the accumulation of examples from the Old Testament concerning the Gebirah (Hebrew, “Great Lady”) or “Queen Mother.” In an earlier blog post, and, in my book, Behold Your Mother: A Biblical and Historical Defense of the Marian Doctrines, I make that argument as well. It is a good one.

However, if we were to seek out a single typological example from the Old Testament that communicates the most complete image of the dignity, power, and privileges of Mary as queen of heaven and earth, the best example would be that of a pagan king and his Jewish wife, Esther. I make this case in Appendix VI in “Behold Your Mother” as well. But let us consider this familiar yet remarkable Old Testament story.

A Jew among pagans

The book of Esther is set during the years of the exile of Israel in Babylon during the reign of Ahasuerus (his Hebrew name), better known by his Greek name, Artaxerxes, king of Persia. The Persian kings were mild in their treatment of the Jews, resulting in many Jews enjoying great favor in the kingdom.

Esther was the ultimate example of this favor. Scripture tells us King Ahasuerus “loved Esther more than all the women, and she found grace and favor in his sight more than all the virgins, so that he set the royal crown on her head” (Esther 2:17). The king had a harem, as was the custom of the day, but Esther’s beauty and virtue especially pleased the king, and as a result she was exalted as his most beloved queen.

Sometime after Esther was made queen, Ahasuerus promoted a man named Haman to the rank of grand vizier in the kingdom. Haman developed an intense hatred for the Jews and was determined to eliminate them from the kingdom. He lied to the king, claiming the Jews were rebellious and plotting insurrection, convincing Ahasuerus to issue a royal edict that every Jew in the kingdom be put to death.

When Esther’s uncle, Mordecai, who had raised her after her parents’ deaths, made the decree known to Queen Esther, begging for her intercession with the king, Esther was faced with a dilemma:

All the king’s provinces know that if any man or woman goes to the king inside the inner court without being called, there is but one law; all alike are to be put to death, except the one to whom the king holds out the golden scepter that he may live. And I have not been called (Esther 4:11).

After prayer and fasting and asking all local Jews to pray and fast on her behalf, Esther put on her royal apparel and went before the king. When she entered the palace and throne room with much fear and trepidation, the king “comforted her with soothing words, and said to her, ‘What is it Esther? I am your brother. Take courage; you shall not die, for our law applies only to the people. Come near’” (15:8-10).[1] Esther then revealed Haman’s plot, and the king reversed the edict of death and instead had Haman executed for his treachery.

Some ninety years ago, Bishop Frederick Justus Knecht expounded upon the powerful Marian typology found in the book of Esther:

Esther is a type of the ever Blessed Virgin Mary. Esther, on account of her beauty, was raised from her low estate to be queen: Mary, on account of the beauty of her pure and humble heart, was raised to be the Mother of the Redeemer, and afterward, Queen of Heaven. Esther alone was exempted from the king’s severe law: Mary alone is exempted from the curse of original sin. Esther, adorned in splendid garments, went before the king, prayed for her people, and was heard: Mary, the Queen of Heaven, radiant with virtues and merits, goes before the throne of God to intercede for her people (A Practical Commentary on Holy Scripture, 356).

Esther’s freedom from the law of death was rooted in her royal dignity. Her people, Israel, came to experience that freedom through her intercession. What a beautiful image of our blessed queen and mother. Through her intercession the penalty of death that has come upon us all through the sin of Adam and Eve is removed, and we can experience the freedom of a truly royal sonship.

[1] These verses are found in the LXX and in Catholic bibles, but not in Protestant bibles. But even without them, one still gets the idea from the text that the law of death to those who approach the king without invitation did not apply to Queen Esther (see any Protestant version of Esther 4:10-5:3).

Update on my Health