The Trouble With Calvin – Pt. 4 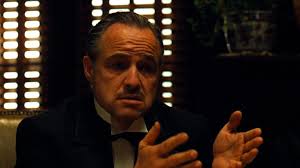 We now proceed to the “I” in TULIP: Irresistible Grace

Calvinists teach that man is powerless to resist God’s grace; hence, the idea of a truly free will is repudiated. The Catholic and biblical position holds that we must “work out our salvation with fear and trembling”—meaning we must do something—“for it is God who works in you both to will and to do according to his good pleasure” (Phil. 2:12-13)—meaning God’s grace must precede and accompany every meritorious action that will bring about our salvation. The Catholic teaching emphasizes both God’s grace and man’s cooperation. The Calvinist position holds that man is not a “co-laborer” with God as St. Paul says in I Cor. 3:9 and II Cor. 6:1. In Calvin’s words:

If [by free will] is meant that after we are once subdued by the power of the Lord to the obedience of righteousness, we proceed voluntarily, and are inclined to follow the movement of grace, I have nothing to object…If, again, it is meant that man is able of himself to be a fellow-laborer with the grace of God, I hold it to be a most pestilent delusion (Institutes, Bk. 2, Ch. 3, Para. 11).

Of course, Catholics agree that man cannot “of himself” merit anything from God, if by that, Calvin means apart from God’s empowering grace, but Calvin’s meaning is very different than the Catholic and biblical position. “Subdued by the power of the Lord” means man cannot resist the movement of God’s grace.

For Calvin, there is no cooperation with God’s grace as Scripture teaches. The grace of God “subdues” a man and moves him to salvation, rather than God awakening man and empowering him to, “‘Awake, O sleeper, and arise from the dead, and Christ shall give you light.’ Look carefully then how you walk…” (Eph. 5:14-15), and cooperate with the grace of God as Romans 11:22, II Cor. 6:1, Acts 13:43, etc. indicate. Man cannot do anything except be moved to act in accord with God’s immutable will and irresistible grace. If God wills us to go to hell, then we will not be given grace and we will be moved to sin by God’s eternal decree. If God wills us to go to heaven, then we will be given grace that we cannot resist to that end.

Two Notes of Importance Before We Proceed

1.  Many Calvinists will claim they believe in “free will,” as does the Westminster Confession. But they apply a most odd meaning to the term. This is akin to the homosexual “couple” who says they believe in “family values.” “Free will” for the Calvinist means that God has given to him irresistible grace that he cannot do anything but accept. They will then say, as John Calvin did, “… after we are once subdued by the power of the Lord to the obedience of righteousness, we proceed voluntarily, and are inclined to follow the movement of grace,” as cited above. The term “voluntary” becomes meaningless. According to Calvin, when God extends his “special grace” of salvation and mercy he “does not suffer a refusal” (Institutes, Bk. 3, Ch. 22, Para. 6). Yet, man is free? This would be like Marlon Brando (Vito Corleone), in The Godfather, “making an offer you cannot refuse,” and then claiming the offer was “freely” accepted.

If, then, a sovereign God decides to elect persons to eternal life, that is a decision for all time and eternity…Presbyterians have endorsed this conviction, but with Calvin, we have always had trouble with it for two reasons. First, if God predestines every person, and not all are called, elected, or predestined for salvation, then God has predestined (the Westminster Confession says, “fore-ordained”) some persons to hell or eternal damnation. Second, if God has determined the ultimate fate of all persons, then the individual has no power to make any important decisions. Presbyterians have learned to believe, also, in free will, realizing that these two doctrines are logically impossible to hold at the same time, but that each is true, as taught in the Westminster Confession… Those persons who can with a clear conscience accept what they are taught, regardless of apparent inconsistencies, are in some ways better off than those who think (Clifton Kirkpatrick and William H. Hopper, Jr., What Unites Presbyterians (Geneva Press, Louisville, Kentucky, 1997), p. 17. The emphasis in the quote is mine.)

Notice the almost cult-like acceptance of this logical contradiction. The Catholic and biblical faith never asks anyone to check their intellect at the door. Though we are certainly not rationalists—that is, there are certain truths of our faith that are supra-rational—there is nothing in our faith that is contrary to reason. I have to agree with Mr. Kirkpatrick that a thinking man will have trouble with this Calvinist notion of double predestination. In fact, I would say that a thinking man is not going to remain Calvinist, unless he can learn to believe what he knows to be irrational. And that is not faith; that is closer to superstition.

THE BIBLE IS PLAIN

The grace of God is resistible. St. Paul disagrees with Calvin when he says:

You are severed from Christ, you who would be justified by the law; you have fallen away from grace. For through the Spirit, by faith, we wait for the hope of righteousness. For in Christ Jesus neither circumcision nor uncircumcision is of any avail, but faith working through love. You were running well; who hindered you from obeying the truth?

The context of Galatians is clear. St. Paul is warning Christians not to be seduced by “Judaizers” who were telling them belief in Christ is great, but that they must also return to the Old Covenant temple, sacrifices, law, circumcision, etc. in order to be saved. According to St. Paul, if they do this, they forfeit Christ; they “fall from grace.” To “fall from grace” means they resist God’s grace.

The inspired author of Hebrews teaches we can “fall from grace” as well.

Strive for peace with all men, and for that holiness without which no man will see God. Take heed lest anyone be wanting in the grace of God (Gr.—usteron apo tes karitos tou theou—“failing from,” or “falling from the grace of God” ); lest any root of bitterness springing up cause trouble and by it the many be defiled; let there not be any immoral or profane person, such as Esau, who for one meal sold his birthright (Hebrews 12:14-16, Confraternity Bible).

The Greek verb ustereo, ranslated above as “wanting,” means “to fall
short of, lack or want.” Because the preposition apo, or “from,” is used
immediately after the verb, a literal translation would be: “falling short of
from the grace of God.” I translate it as “falling from the grace of God.”
Alfred Marshall, a Protestant, translates the text “failing from the grace of
God” in The Interlinear Greek-English New Testament, (Regency Reference
Library, Zondervan Publishing House, 1975), p. 889. The sense is the same.

Similar to St. Paul’s letter to the Galatians, the writer to the Hebrews is warning Christians not to “sell their birthright” as sons of God and forfeit the glory of heaven which is our inheritance as Christians. We are truly sons of God “and if we are sons, we are heirs also; heirs indeed of God and joint-heirs with Christ, provided however that we suffer with him that we may also be glorified with him” (Romans 8:17, Confraternity Bible). The context of Hebrews emphasizes that Christians can, in fact, “fall from grace” and lose their heavenly inheritance.

St. Stephen chimes in very specifically when it comes to resisting the grace of God. He almost seems to have Calvin in mind 1500 years before Calvin when he speaks to his “brethren and fathers” (Acts 7:2) among the sons and daughters of Abraham:

You stiff-necked people, uncircumcised in heart and ears, you always resist the Holy Spirit. As your fathers did, so do you (Acts 7:51).

And finally, the words of our Lord himself are most clear:

O Jerusalem, Jerusalem, killing the prophets and stoning those who are sent to you! How often would I have gathered your children together as a hen gathers her brood under her wings, and you would not! Behold, you house is forsaken and desolate!

Jesus here speaks as God and informs us that he is ever-calling to his people by his grace to come to him as a hen calls to her chicks. But he is equally clear that he respects the freedom with which he gifted them as well. It is their choice whether they will to resist his call–resist his grace–or cooperate with it unto salvation (cf. Gal. 6:7-9; Romans 5:1-2).

The Trouble With Calvin – Pt. 3

The Trouble With Calvin – Pt. 5