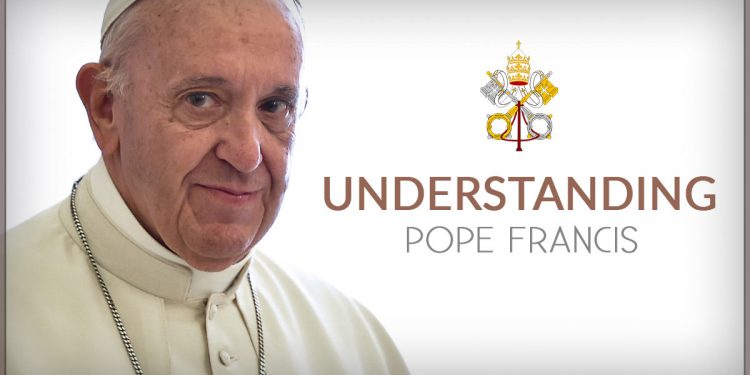 I am doing something I rarely do on my website. I am recommending an awesome article from someone that is not Tim Staples! This one is from Paul Kengor from Crisis Magazine on Pope Francis.

As I have said many times, Pope Francis is the least understood pope of my lifetime. He is caricatured by hordes of people on the extreme “right” and “the left.” I have of late been reading everything I can get my hands on from Pope Francis and I find him to be in many, many ways, prophetic. Just consider, for example, how his Encyclical Letter focusing greatly on “climate change” Laudato Si (which I don’t agree with, I mean, “climate change,” not the Encyclical or the doctrinal aspects of it, just so you know. But it’s okay! “Climate change” is a matter of science, folks!), endeared himself, no doubt, with the liberals of our age who are in desperate need of evangelization. Yet, in the midst of the discussion, the Holy Father brilliantly moves the reader to considerations of God having given “stewardship” over the planet to we humans, the necessity that we respect the boundaries that “nature” provides for us, the “throw away culture,” and then abortion, euthanasia, contraception (“population control”), and much more.

And this dialogue extends far beyond “Laudato Si.” Pope Francis constantly brings us back again and again to man’s arrogance in attempting to ignore the boundaries of nature (Natural Law), or even attempting to manipulate nature to his own infernal ends. Brilliant stuff!

But at any rate, I want you to read this article by Paul Kengor that brings out much of what I have been finding in my own research on Pope Francis, and send it to every liberal and every Francis-hater you can. In fact, send it to everybody! All will be the better for having read it!

Did Christ Have the Beatific Vision from ...