Want to Know How to Defeat the Antichrist? 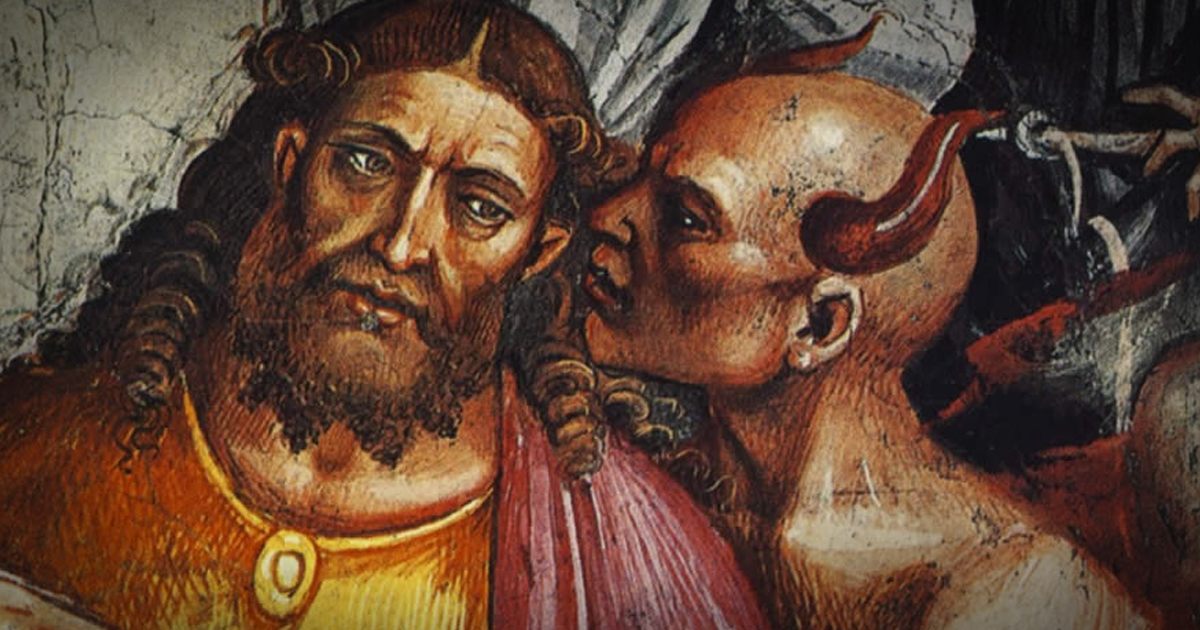 Before Christ’s second coming the Church must pass through a final trial that will shake the faith of many believers . . . a religious deception offering men an apparent solution to their problems at the price of apostasy from the truth. The supreme religious deception is that of the Antichrist, a pseudo-messianism by which man glorifies himself in place of God and of his Messiah come in the flesh.

The Antichrist’s deception already begins to take shape in the world every time the claim is made to realize within history that messianic hope which can only be realized beyond history through the eschatological judgment (Catechism of the Catholic Church, 675-676).

The Church traditionally distinguishes between the Antichrist, understood to be a pseudo-Messiah who will come at the end of time and lead “the world” against the Church in the “final trial,” and Antichrists in the plural who participate, in various ways, in the same spirit of Antichrist who will personify the spirit or mind of the devil.

What do we mean by “the spirit or mind of the devil”? The answer can be found by considering Satan’s temptation of Adam and Eve. The devil tempted Adam and Eve to achieve in their own lives God’s promise of sharing in God’s own image and likeness but by their own power and in their own way. Satan is the ultimate example of Sinatra’s famous “I did it my way!” The spirit of the Antichrist, therefore, is synonymous with the spirit of the devil that opposes the will and the way of God in favor of his own way.

Second Thessalonians 2:3-12 describes the Antichrist as a person who will have all the power and deception of the devil himself. He will attempt to deceive people into believing that he is what he is not. Ultimately, he will claim himself to be God, and only the coming of the Lord will stop him. Christ himself will finally defeat him and cast him into hell. This is a powerful depiction of the Antichrist:

Let no one deceive you in any way; for that day will not come, unless the rebellion comes first, and the man of lawlessness is revealed, the son of perdition, who opposes and exalts himself against every so-called god or object of worship, so that he takes his seat in the temple of God, proclaiming himself to be God. Do you not remember that when I was still with you I told you this? And you know what is restraining him now so that he may be revealed in his time. For the mystery of lawlessness is already at work; only he who now restrains it will do so until he is out of the way. And then the lawless one will be revealed, and the Lord Jesus will slay him with the breath of his mouth and destroy him by his appearing and his coming. The coming of the lawless one by the activity of Satan will be with all power and with pretended signs and wonders, and with all wicked deception for those who are to perish, because they refused to love the truth and so be saved. Therefore God sends upon them a strong delusion, to make them believe what is false, so that all may be condemned who did not believe the truth but had pleasure in unrighteousness.

In St. John’s writings we find revealed what we just read in the Catechism. There will not only be the Antichrist who appears at the end of time, but there are many Antichrists already in the world:

For many deceivers have gone out into the world, men who will not acknowledge the coming of Jesus Christ in the flesh; such a one is the deceiver and the Antichrist. Look to yourselves that you may not lose what you have worked for but may win a full reward (2 John 1:7-8).

In St. John’s day, he was combating the early fathers of Gnosticism. These personified the Antichrist because they denied the Incarnation—the plan of God for the salvation of the world—thus, Antichrist “denies Jesus coming in the flesh.” They were promoting their “own way” of salvation. Moreover, John says, anyone who would “deny the Father and the Son” is an Antichrist. But then, in this same context, John teaches us something less known about the spirit of Antichrist:

There seems to be a connection between the spirit of Antichrist and those who reject God’s authority on Earth. The “spirit of truth and the spirit of error” can be known quite simply and clearly. The spirit that says, “I know more than God’s apostolic authority on the earth”—those sent by God with his authority—represents that same spirit of Antichrist that says, “I’ll do it my way!” This is what St. John is warning against, especially in 1 John 4:6: “Whoever knows God listens to us, and he who is not of God does not listen to us.”

As Catholics, we believe with St. Paul in 2 Thessalonians 2:8 that it will only be after the revealing of the Antichrist that the Lord will come and “slay [the Antichrist] . . . by his appearing and his coming.” If we want to be certain we will not be deceived either by the Antichrist himself or by the many Antichrists who are in the world, St. John the Apostle teaches we must do at least these three essential things:

Now, you may say St. John only mentioned his own apostolic authority here and not explicitly “our one, holy, catholic, and apostolic church.” And that is true. We would need to establish that St. John and the apostles had successors. That goes beyond what I can do in this post, but I will be putting up a post on “apostolic succession” soon. So stay tuned!

But this much is certain for now, St. John would know nothing of the modern Protestant notions of “sola scriptura,” or “all I need is Jesus. I don’t need some ‘church authority’ to bind me to anything!”

Can you hear a little bit of “I’ll do it my way here?”

That is the spirit of anti-Christ.

Who Speaks for God?