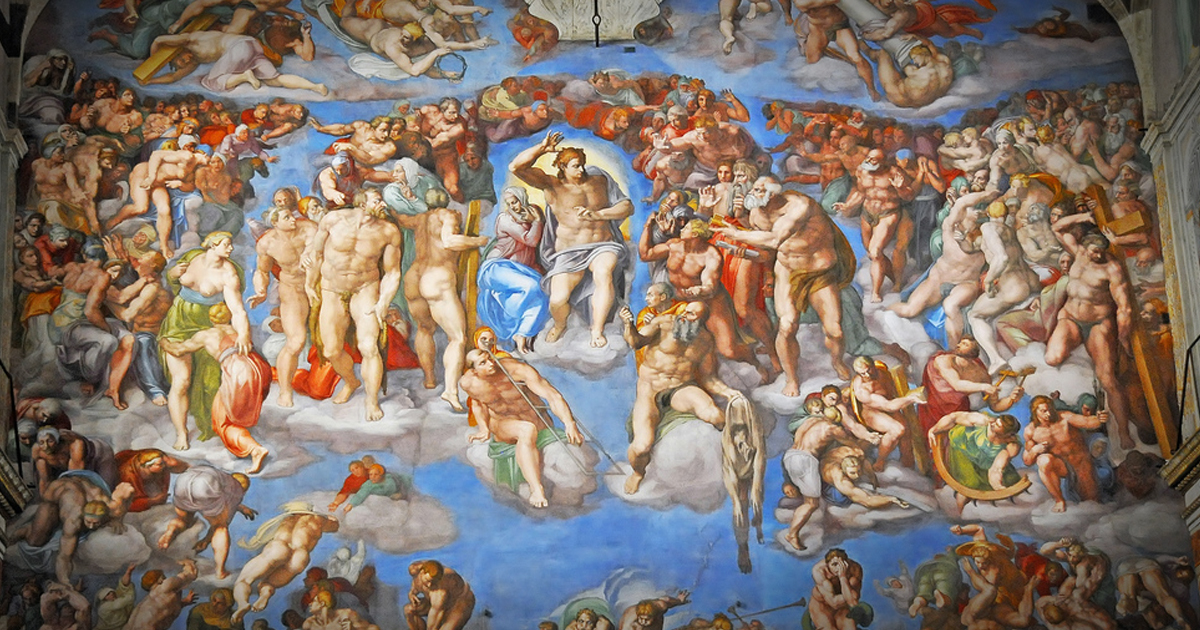 One of the absolutely best things about being an apologist is that I get to answer people’s questions about the Faith for a living! I still have to pinch myself every now and again so that I know this has not all been just a really really great dream!

But it really is true!

I recently received this series of questions from a person considering becoming a Catholic:

How can there be a particular judgment at the end of each person’s life, and then another judgment at the end of time where all will be judged corporately? This seems absurd. Let’s take, for example, the damned. Are Catholics claiming these people will have been damned at their particular judgment, and then, at the Second Coming, yanked out of hell, given their bodies, judged again, and then thrown back into hell?

Having heard various forms of these questions hundreds of times over the years, I must say this was the most creative way I’ve heard them asked to date!

In short, the answers to these questions are all in the affirmative, but with some qualification needed. Especially concerning the part about folks being “yanked out of hell.”

There are four points to consider in answering these questions.

1. Yes, we must believe as Catholics that there is what the Church refers to in the Catechism (CCC 1022) as the “particular judgment” immediately upon the death of each human person:

Each man receives his eternal retribution in his immortal soul at the very moment of his death, in a particular judgment that refers his life to Christ: either entrance into the blessedness of heaven—through a purification or immediately—or immediate and everlasting damnation.

This truth is attested to in texts of Scripture like Hebrews 9:27: “it is appointed for men to die once, and after that comes judgment.” And it is implied in Luke 16:19-23, when Jesus gives us his famous parable of Lazarus and the rich man. The rich man lived lavishly in this life, while poor Lazarus languished in poverty, but upon their respective deaths they each went immediately to their eternal reward. Poor Lazarus entered into paradise while the rich man entered into eternal damnation (CCC 1021, footnote 593). The particular judgment of each is a necessary inference in order to make sense of the text.

It should be noted that there will be exceptions to the “death” part of this equation. St. Paul tells us those who are “alive and remain” at the time of Christ’s coming will never taste death (1 Thess. 4:16-17; cf. 1 Cor. 15:51). Thus, presumably, these will be excepted from a particular judgment as well. They would seem to proceed immediately to the final judgment.

2. We must also acknowledge as Catholics that there will be what the Church refers to as the final judgment at the end of time, in which all will be judged corporately and publicly. According to Sacred Scripture this is clearly separate and distinct from the particular judgment, as CCC 1038 declares:

The resurrection of all the dead, “of both the just and the unjust” (Acts 24:15), will precede the Last Judgment. This will be “the hour when all who are in the tombs will hear [the Son of man’s] voice and come forth, those who have done good, to the resurrection of life, and those who have done evil, to the resurrection of judgment” (John 5:28-29). Then Christ will come “in his glory, and all the angels with him. . . . Before him will be gathered all the nations, and he will separate them one from another as a shepherd separates the sheep from the goats, and he will place the sheep at his right hand, but the goats at the left. . . . And they will go away into eternal punishment, but the righteous into eternal life” (Matt. 25:31, 32, 46) .

We shall know the ultimate meaning of the whole work of creation and of the entire economy of salvation and understand the marvelous ways by which [God’s] Providence led everything towards its final end. The Last Judgment will reveal that God’s justice triumphs over all the injustices committed by his creatures and that God’s love is stronger than death.

But when the unveiling of eternity actually occurs, the level of joy and consolation will be beyond what we can even imagine now. For “no eye has seen, nor ear heard, nor the heart of man conceived, what God has prepared for those who love him” (1 Cor. 2:9).

Furthermore, the full implications of the good and evil that we do in our lifetime will not be fully realized at the time of our particular judgment. These will have ripple effects on our children, our children’s children, etc., and on those around us, and those around them, down through the years between our particular judgment and the end of time. All this will be fully revealed at the final judgment.

4. But what about the seeming absurdity of the damned being “taken out of hell, judged, and thrown back into hell?” And I could add a similar question in the context of the just in heaven.

This question may well betray a faulty notion of the nature of heaven and hell that needs correction. Both heaven and hell are not principally locations; rather, they are states of being. Hell is, as CCC 1033 says, “[the] state of definitive self-exclusion from communion with God and the blessed.” And when it comes to the punishments of hell (and we could add purgatory here as well), CCC 1472 says:

These two punishments (speaking of purgatory and hell) must not be conceived of as a kind of vengeance inflicted by God from without, but as following from the very nature of sin.

Thus, again, hell is not so much a “place” that one can be “thrown into” in a literal sense as it is a state of being. So in that sense, one cannot be “taken out of hell,” because hell is wherever the damned are!

Moreover, because the damned do not have bodies before the end of time, they do not have location as you and I understand it. They are pure spirits. So we can’t really speak of hell being a “place” right now, at least, not as we understand “places.” However, after the resurrection, because those in hell will have bodies we could certainly speak of them having a “location” or “place” of sorts.

But even there we have to be careful. It is not as though either the damned or the just can “leave” hell or heaven by “walking out” either. Heaven and hell do not have “location” in that sense. Again, hell and heaven are still essentially present wherever the damned and the just are “located,” even after the resurrection of the body.

Now This is a Bishop!